I have been using searchguard and its security has brought me convenience. But there is a problem that has troubled me for a long time. We use the 2.4.1 version of elasticsearch, two nodes, configured as follows. Sometimes, the server will report to the searchguard not initialized problem after an accident due to a power failure or memory overflow. The execution of sgadmin.sh is not successful. I guess it is because the cluster status is red and cannot be recovered, but after the searchguard is removed, The cluster slowly resumes its green status. At this point, the searchguard plugin is moved in and it still cannot be restored…May I know what is the reason? Is there a solution? Look forward to your reply! 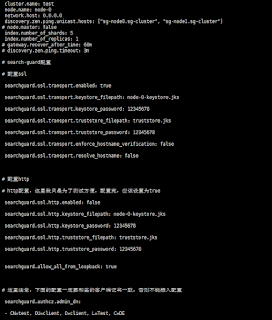 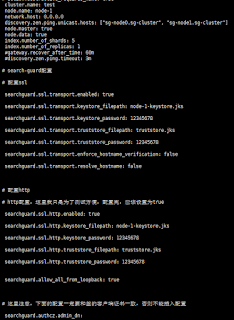 temporarily no, may use dlsfls module later

Can you share the elastic search logs. As in my production environment I too have used elasticsearch 2.4 and search guard both are working fine .